Round the Ragged Key Race

Curt Stocker and Tony Colgan aboard Ragtime U-5 sailed a flawless race on Pine Island Sound to take line honors in the Inaugural "Round-the-Ragged-Key-Race."  While doing so, they also broke the time record for how long you can take to sail around the island and still win.

Stocker attributed their success to taking 3 of the 4 purchases out of the peak halyard making it possible to raise their sail.  Colgan explained there were tense moments after they took the lead when both felt the unfamiliar burden of being in front and having to make sure they were going to the right mark.  Finishing in: 1hr 49min 16sec, they were almost an entire leg ahead of the next catboat.  "You don't get to see a catboat far behind you very often" Stocker shouted to the crowd gathering after beaching Ragtime in front of his cottage.

About 8 minutes behind was Purrfect sailed by a solo Sherry Welch.  Happy to race alone, she sang tunes and soaked up the Sound.  Spirit was 3rd, skippered by Paul Beisswenger and his son Ben as crew.  Disappointed by their finish, they were sure they were moving up on Purrfect and would have easily caught her in another mile or two of racing.  Earlier the fleet was concerned about Paul bringing in a professional sailor.  The rumor was going around they had been up all night tricking out the catboat's rig.  Next to finish was Little 7-Up skippered by Ray George and Commodore Jim Doherty as crew.  Doherty was also tactician.  In an exclusive interview obtained by our on the scene reporter; Doherty explained, they were waiting for the big left wind shift to come in as predicted by their private meteorologist' wind prediction service.  Not only was it to go left, but the speed would also pick up, which boiled the race down to who got that shift first.  Well the wind did go left, and they caught it, but it went even lighter.  What made it worse was that they were caught under the wind shadow of Petricio Island.  That pushed them back to an unexpected 4th place.  That's sailboat racing.  But they both understand there is always next year.

Paul and Shane Swigert were next, as always having a great time just being out on the water.  When crossing the finish line Shane turned to her skipper and shouted, "look Paul, there isn't a catboat in sight, I think we won."  Last to come off the water was Laura Stokes (her first time racing one of these complex thoroughbred racing yachts) with Sink 'R Swim's owner Gretchen Coyle as crew.  Stokes remarked that these catboaters have a lot of tricks up their sailing shorts and plans to spend time consulting Charlie Chapin about the fine points of racing techniques.  Also out on the water were: Stu Sheldon, Austin Carmichael, and Austin's great friend Alex Genk manning the mark-safety boat.  And of course, thanks to the staff of Bill's Grill who had a fantastic feast of burgers and hot dogs on the beach when the hungry sailors returned to shore. 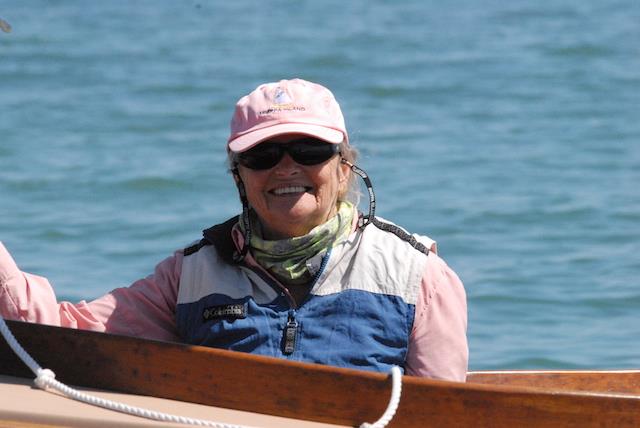 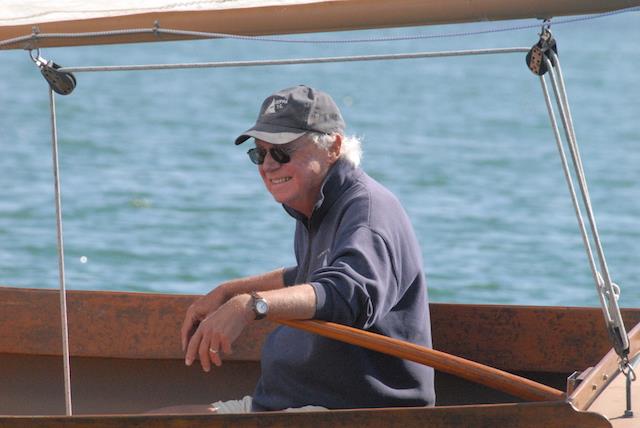 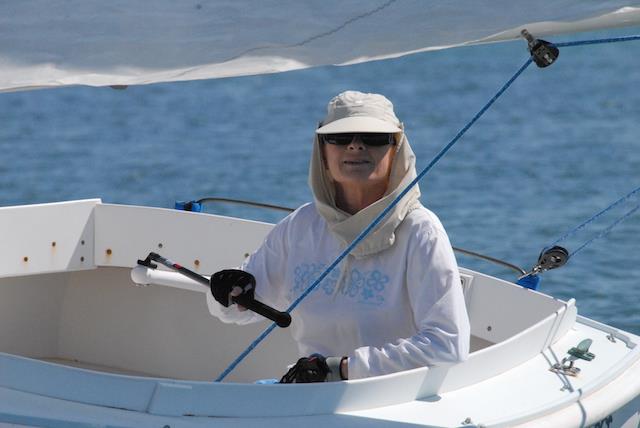 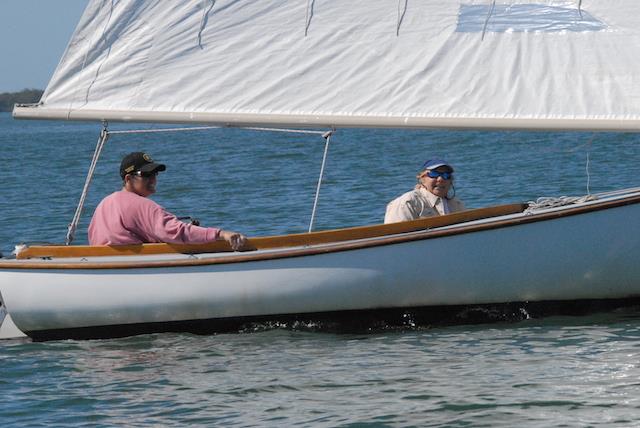 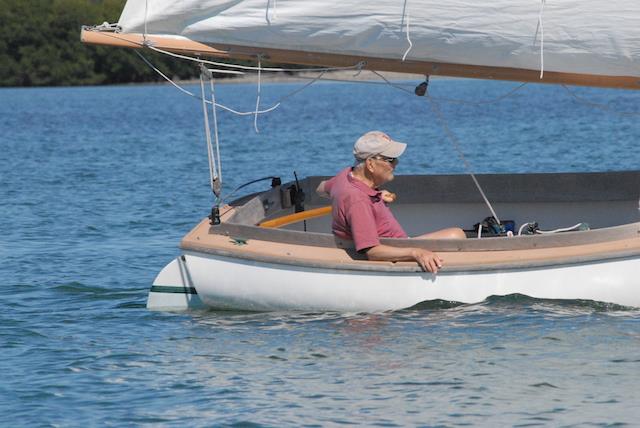 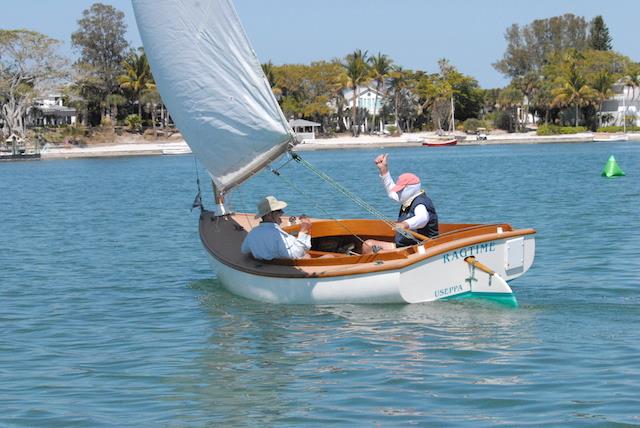 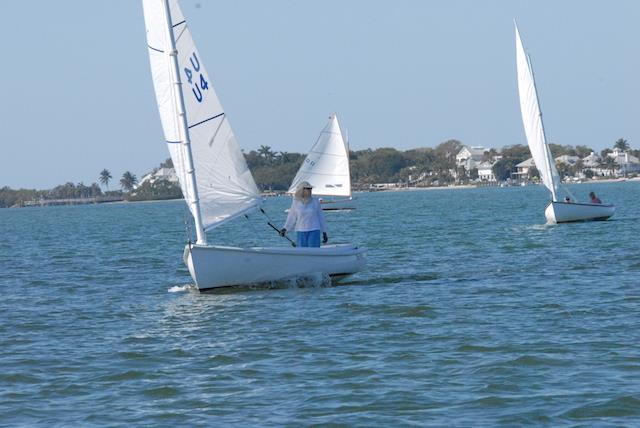 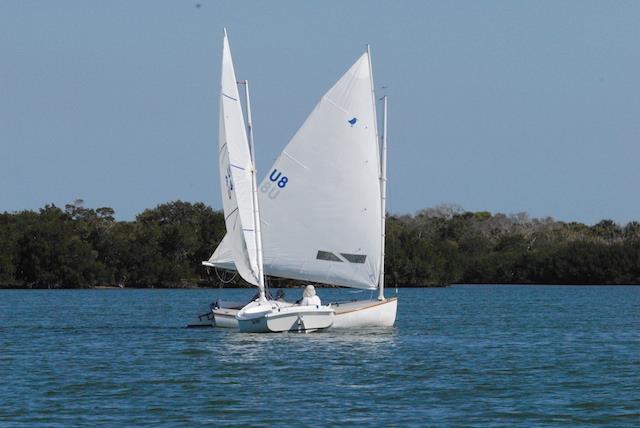 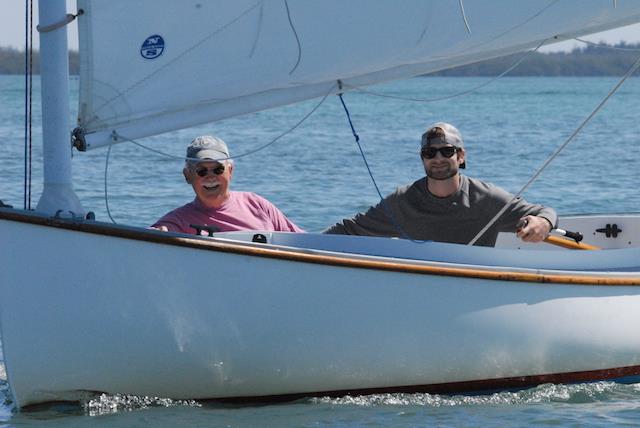 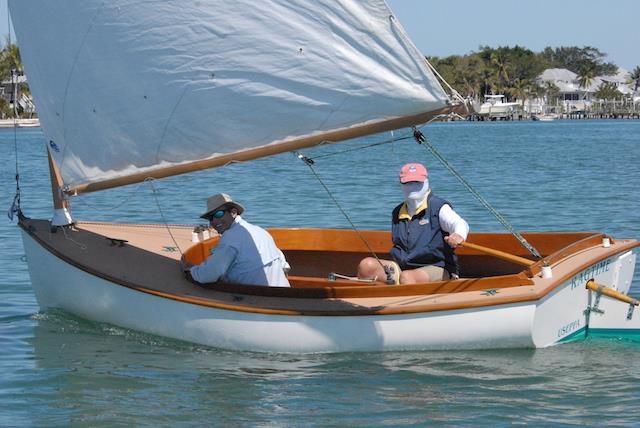 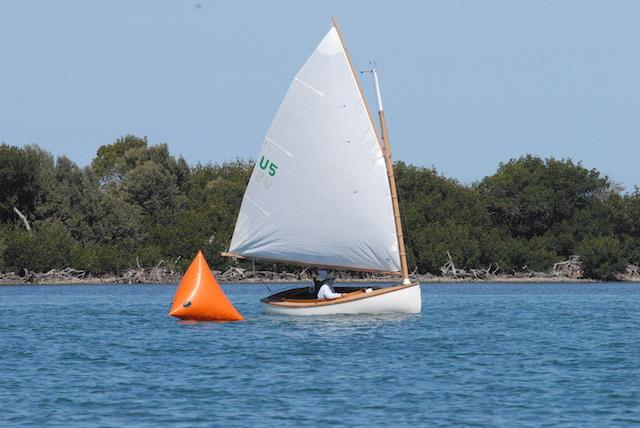 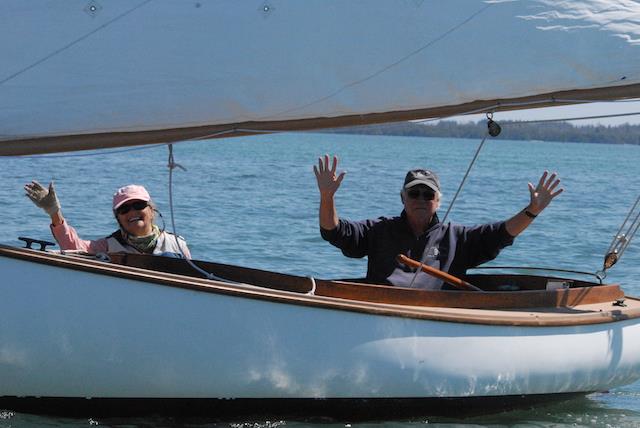 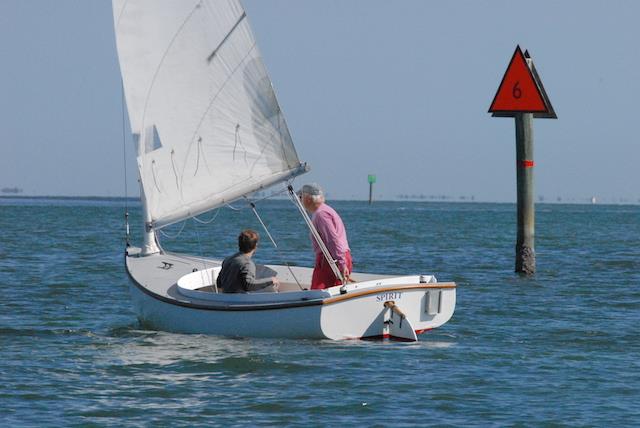 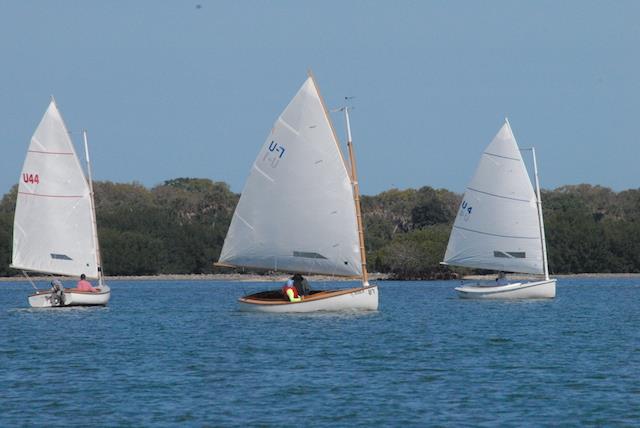 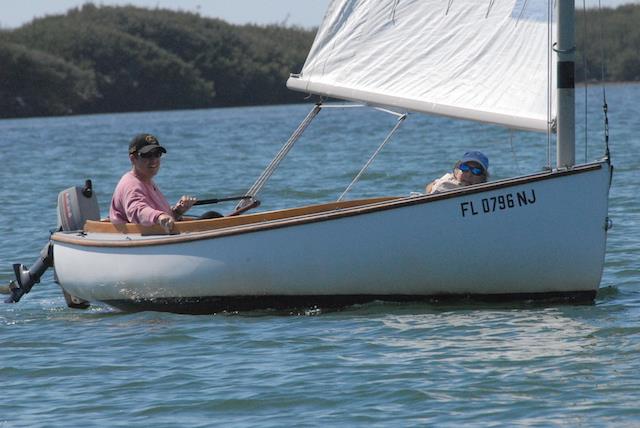 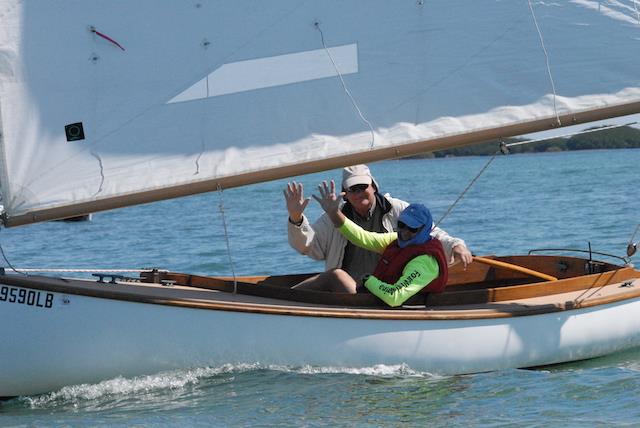 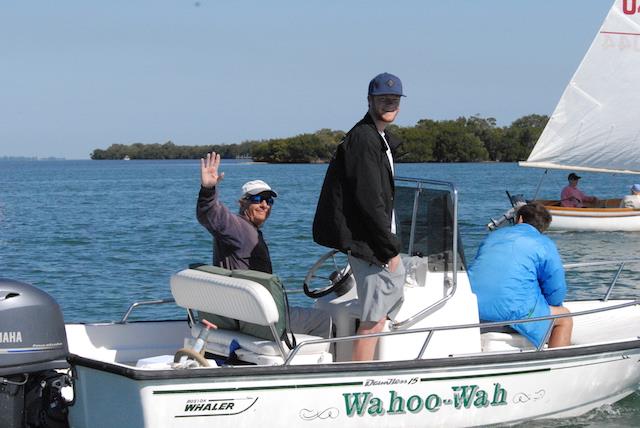 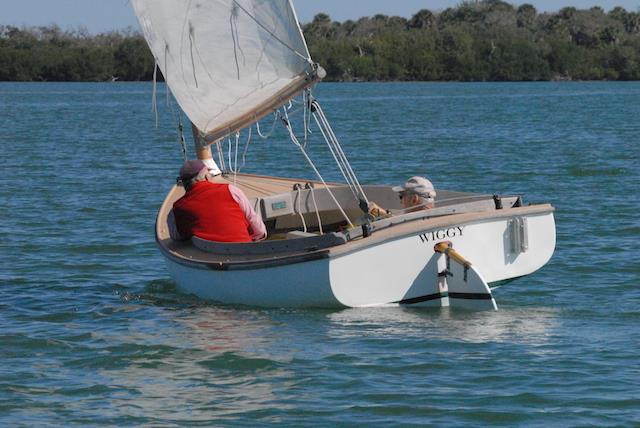 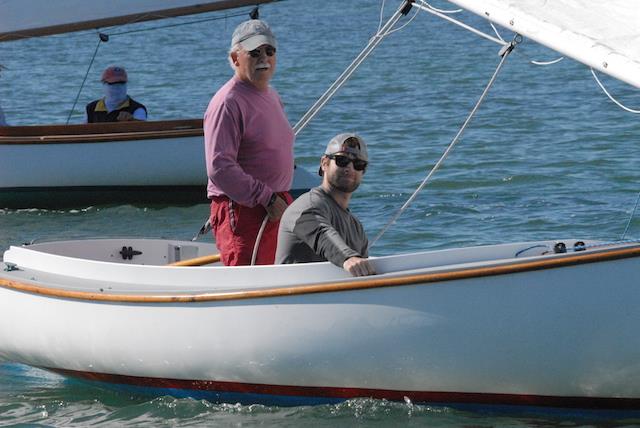 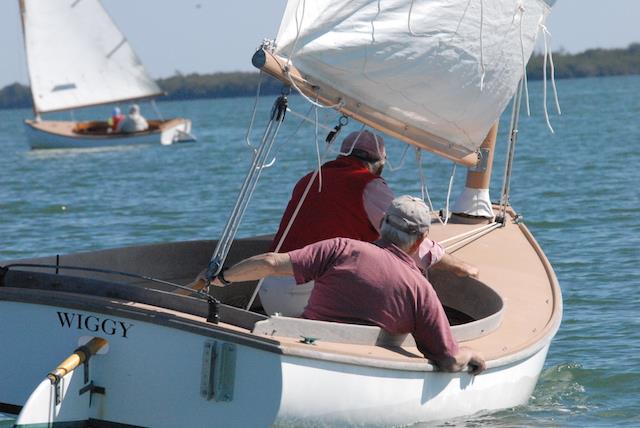 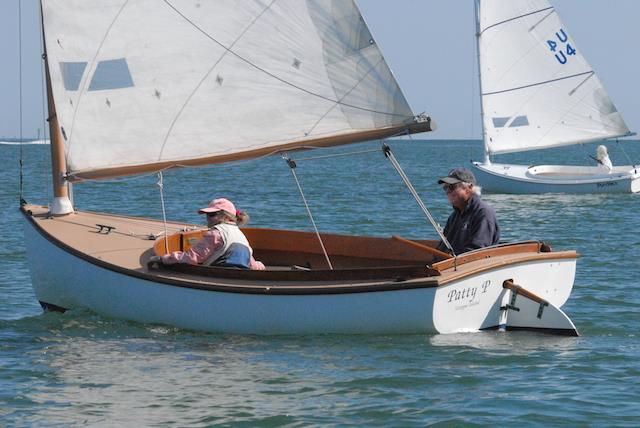